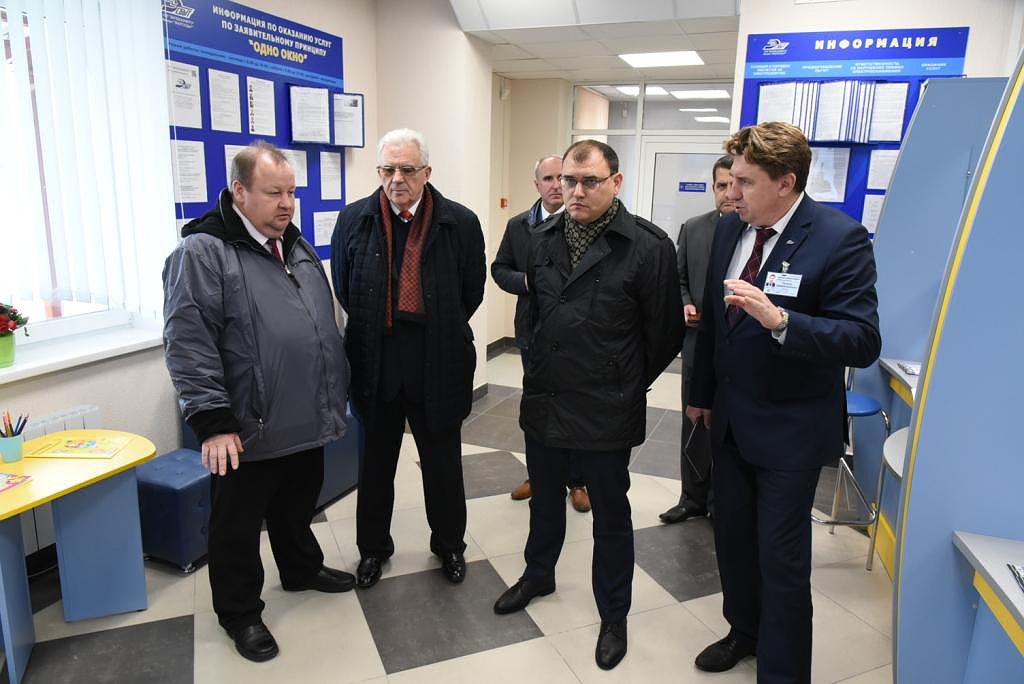 On September 28, Minister of Energy of the Republic of Belarus Viktor Karankevich made a working trip to the Vitebsk region. The industry leader visited the Vitebskoblgaz public service center in Braslav, as well as the cash settlement center of the Energosbyt branch of RUE Vitebskenergo, which had been opened the day before. The Minister examined the workplaces of the staff, evaluated the conditions created in the centers for working with clients. The event was attended by the general director of RUE “Vitebskenergo” Mikhail Luzin, the general director of UE “Vitebskoblgaz” Peter Shershen and others.

The Minister of Energy gave a positive assessment of the reconstruction of the RCC in Braslav by the power engineers of the Vitebsk region, emphasized the comfortable conditions for ensuring high-quality and prompt provision of services to the population, the availability, thanks to the use of technical means, of the possibility of wide and complete informing of customers on various issues of the energy supply business of the enterprise.

During a working trip, Viktor Karankevich took part in the celebrations of the regional festival-fair of workers of the village of Vitebsk region “Dazhynki - 2019”, met with the leadership of the region and the region, laid flowers at the mass grave of Soviet soldiers and partisans who defended Braslav region during the Great Patriotic War .