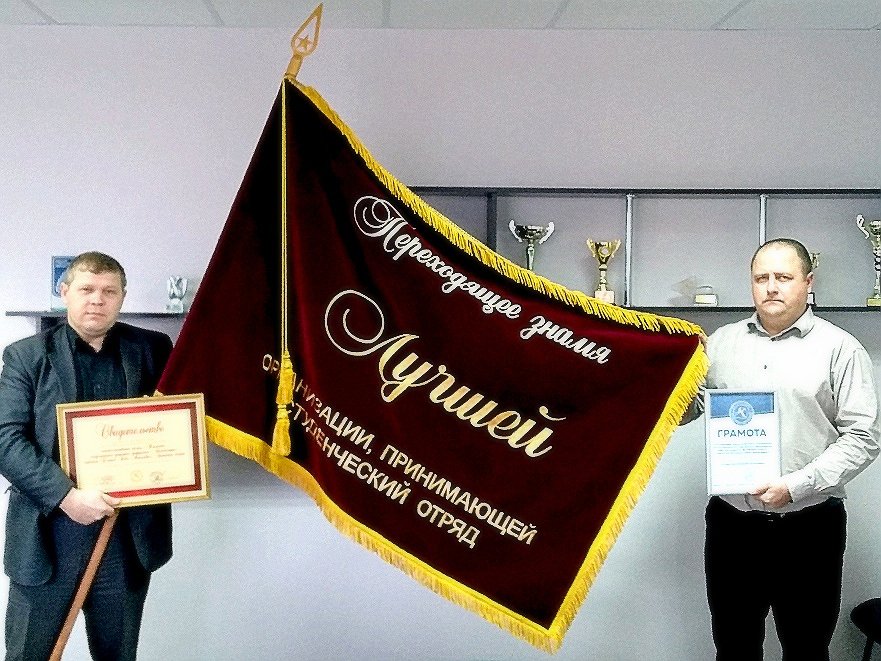 February 19 at the National Library during the All-Belarusian rally of student groups “Youth. Work. Romance ”was a ceremony honoring the winners of the Republican contest“ Labor Semester - 2018 ”for the best student team and the best employer. The director of the Teplichny branch, Pavel Fominov, was awarded the challenge banner of the best organization that accepts student groups based on the results of work in the third working semester of 2018.

“The award received is the result of the fruitful work of the entire team,” says Pavel Fominov. The practice of working with student teams has been conducted in the Teplichny branch for a long time. During this time, it has already become a good tradition for us to attract students from student groups for harvesting vegetables in open ground. The number of students wishing to participate in agricultural work is growing every year. For the guys, this is a good experience, meeting new people, acquiring communication skills, mutual assistance. In addition, young people get the opportunity to earn money on their own, which is also very important.

They received the passing banner at the branch, having passed the test according to the following criteria: creating favorable conditions for the work of the student team, including all organizational issues; ensuring sanitary conditions; resolving issues of safe work and providing participants of student groups with work clothing; the implementation of significant amounts of work and, as a result, a decent level of salary.