The first commercial power station in Vitebsk region was built in Vitebsk in 1898 and was intended to power the tram and the lighting of the city center.
The development of large-scale power in the country began with the Vitebsk region, when it was put into operation the Belarusian state district power station in 1930. In the same period it was built and the first power line.
During the years of formation and development of Vitebsk energy system built power plants in Vitebsk, Orsha, Polotsk and Novopolotsk.

Around the middle of the 60s in Belarus again began to be felt an acute power shortage and as a consequence, began searching for a way out. And he was the only one - to increase power. So it was decided to build on the banks of a large lake Lukoml new power plant - Lukoml, which announced a major Komsomol building.
In December 1969, on the Day of Energy has been successfully put into operation the first unit of 300 MW Lukoml, which solved the problem of power supply of the North-West region of the country.

13.02. At Lukoml the first time in Belarus after the upgrade is included in the work unit number 3 with the power increase by 7-10 MW.

18.05. The structure of "Vitebskenergo" came PMC SHP "Spring" as a branch of "Spring-energy."

December. On BelGRES it administered complex of power for burning wood and peat.

17-20.09. The fourth international competition of operational and maintenance personnel of the Commonwealth states enterprises of electric distribution networks 2007 in Vitebsk.

January. Commissioning of the complex for the preparation of wood chips for the boiler operating at MBT on BelGRES.

12.06. For the first time in Vitebskenergo included 110/10 kV "Airport" modular type of firm «Siemens» in Polotsk.

2.10. Opening of a memorial plaque on the administrative building of the Belarusian state district power station in honor of Igor Alexandrov.

25.12. The contract for the construction of hydroelectric complex of Polotsk HPP JSC "Technopromexport" (Russia).

Reconstruction of the SS "Polotsk - District".

21.09. The contract for the construction of at Lukoml CCGT 400 MW with the China National Corporation for the import and export of machinery and equipment.

27.12. The contract for the construction of the Vitebsk hydroelectric power station with China National Corporation for electrical equipment.

8.11. It puts into operation the first stage of the Belarusian State District Power Plant. first substations and power lines are put into operation 35 and 110 kV Vitebsk Orsha, and Moguilev Škłoŭ.

November. It puts into operation the second phase of the Vitebsk CHP plant reached its design capacity of 56.3 MW.

11.12. It issued an order number 4 to the General Directorate of Energy and Electrification of the Council of Ministers of the Belarusian Soviet Socialist Republic on the formation of the district administration of power and electrification within the boundaries of the existing areas of the country. District Energy Management "Vitebskenergo" was established within the boundaries of the Vitebsk region.

December. "Energy Day" was celebrated for the first time in the USSR.

12.03. He was awarded the Order "Badge of Honor" by the Decree of the Presidium of the USSR Supreme Lukoml Council.

Completed translation of 35-110 kV with wooden poles with concrete poles.

December. The structure of "Vitebskenergo" entered Lukoml and Novopolotsk CHP.

September. Introduced in the CCGT at the Orsha cogeneration plant capacity of 67 MW. 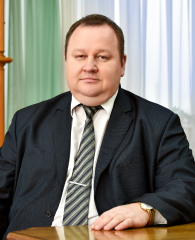