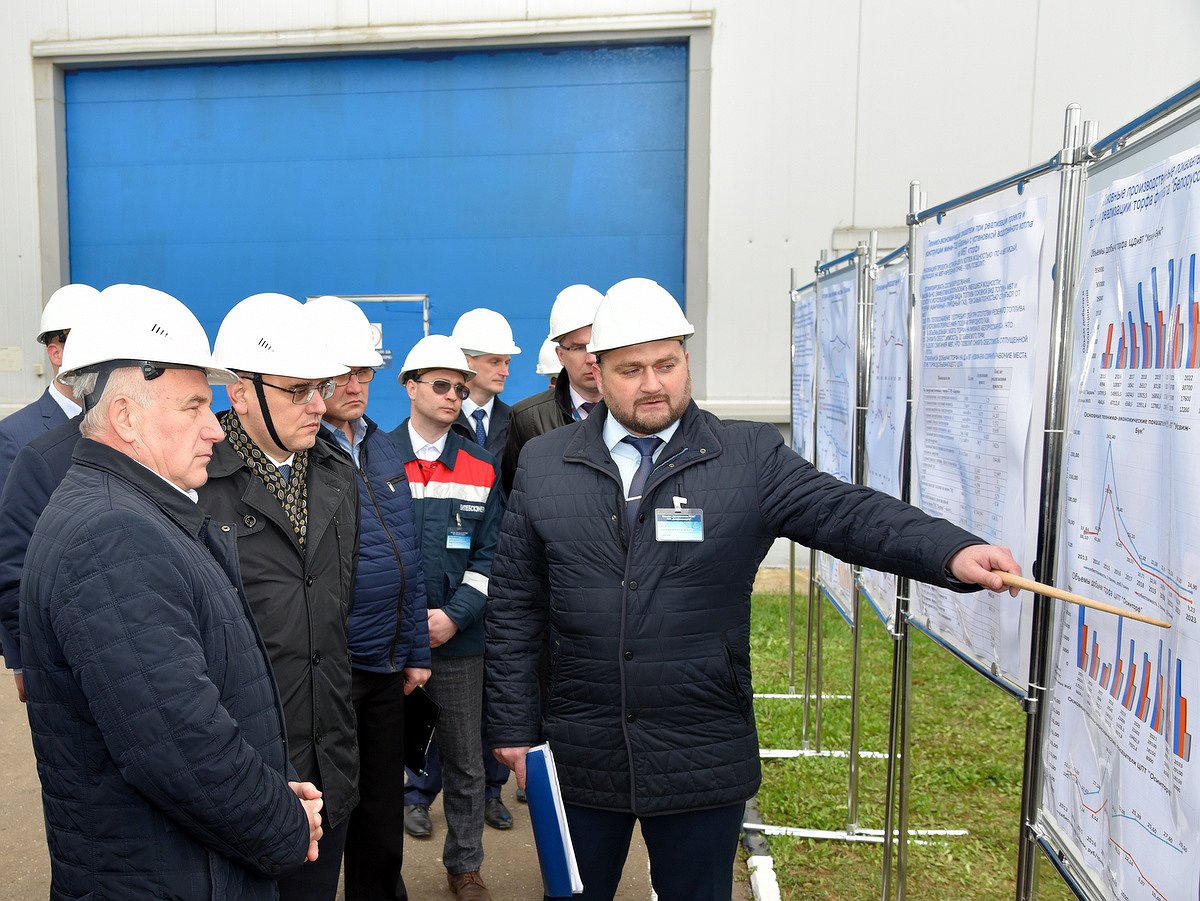 On April 20, 2021, the Minister of Energy of the Republic of Belarus Viktor Karankevich paid a working visit to the mini-CHPP "Baran" of the branch "Belorusskaya GRES" of RUE "Vitebskenergo".
On the basis of the mini-CHP, a production meeting was held, in which the chairman of the Vitebsk regional executive committee Nikolai Sherstnev, the chairman of the Orsha regional executive committee Igor Isachenko, the general director of the Beltopgaz GPO Alexei Kushnarenko, the general director of the RUE Vitebskenergo Andrey Panchenko, the general director of UE Vitebsk Hornet and other officials.
The participants of the event visited the objects of the industrial zone of the mini-CHPP "Baran", where the director of the branch "Belorusskaya GRES" Dmitry Zhuk spoke about the operating modes of the station, technical and economic indicators, plans for further development.
Mini-CHP "Baran" using local fuels was created in December 2013 on the basis of a previously existing boiler house, at the end of 2017 it became part of the branch "Belorusskaya GRES". The station supplies heat to consumers of the city of Barani in the form of heated water for heating and hot water supply of residential buildings, industrial enterprises, administrative buildings and structures. The installed electric capacity of the mini-CHP is 3.25 MW, and the heat capacity is 39.7 Gcal / h. As the main fuel for the thermal oil boiler, milling peat and wood chips are used with co-firing in a ratio of 55% / 45%. This boiler works constantly throughout the year.
The branch "Belorusskaya GRES" includes two peat production facilities: the Osintorf peat preparation workshop in Dubrovensky district and the Usvizh-Buk peat extraction and removal workshop located in the Tolochinsky district. The latter is the main raw material base for the mini-CHPP "Baran", and also provides peat fuel for the boiler houses of housing and communal services in Tolochin and Kokhanovo.
The second part of the meeting was held at the Orsha regional executive committee, where the participants discussed issues related to the possibility of transferring heat sources of industrial facilities and housing and communal services of the Vitebsk region to peat fuel.