The RUE “Vitebskenergo” summed up the work for 7 months. 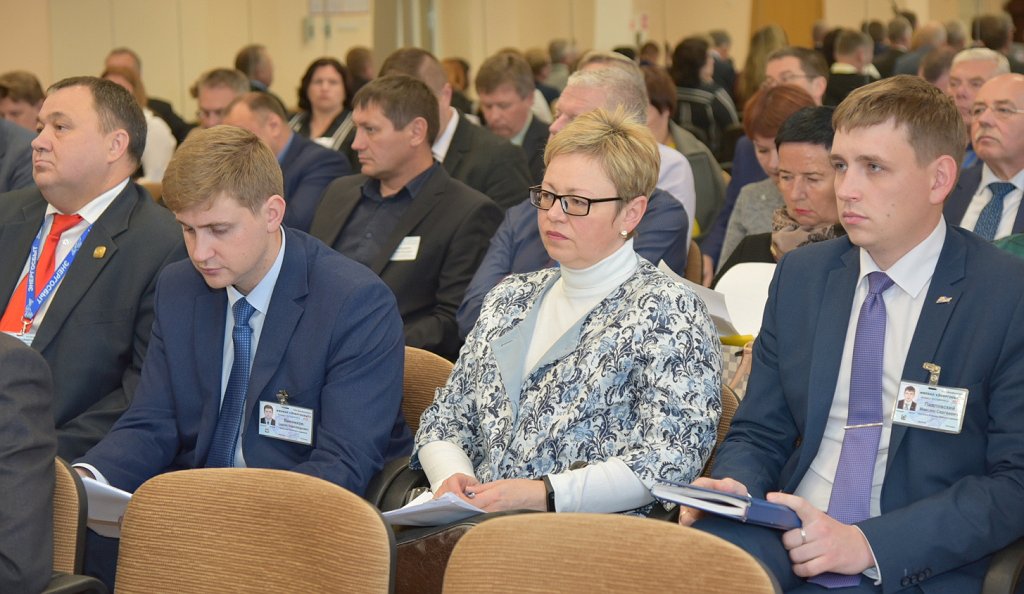 The RUE “Vitebskenergo” summed up the work for 7 months.

On September 24, a meeting with branch directors was held at RUE Vitebskenergo based on the results of the enterprise’s work for 7 months of the current year.

The meeting of the production meeting was attended by Director General of RUE “Vitebskenergo” Mikhail Luzin, Chairman of the Belarusian Trade Union of Energy, Gas and Fuel Industry Workers Vladimir Diklov, Chairman of the Vitebsk Regional Committee of the Trade Union Belenergotopgaz Evgeny Starovoitov, delegates of the conference, as well as directors and chairmen of trade unions of trade unions of all branches. On the agenda, the results of work for 7 months are summed up and tasks for the 4th quarter of 2019 are set.

The meeting was opened by the general director of RUE “Vitebskenergo” Mikhail Luzin. He noted that over 7 months the enterprise has completed all indicators of socio-economic development. However, despite this, the energy system personnel have something to work on, therefore, the branch management needs to analyze their activities, identify the existing problem points and ways to solve them.

The meeting addressed issues related to the implementation of the investment program, the implementation by the energy system of technical and economic indicators, ensuring reliable operation of equipment, conducting a repair campaign, and ensuring uninterrupted power supply to consumers. Particular emphasis was made by the management of the enterprise on issues of labor protection and safety, work on injury prevention.

In his report, Chairman of the Belarusian Trade Union of Energy, Gas and Fuel Industry Workers Vladimir Diklov praised the work of the regional energy system. Vladimir Vladimirovich urged to continue work on improving the conditions and labor protection, industrial life, the prevention of industrial injuries and occupational diseases, touched on the issues of remuneration of certain categories of workers.

At the end of the meeting, in a festive atmosphere, the Collective Agreement was signed between RUE “Vitebskenergo” and the Vitebsk Regional Organization of the Belarusian Trade Union of Workers in Energy, Gas and Fuel Industry for 2019 - 2021.

Closing the production meeting, the general director of the enterprise Mikhail Luzin thanked the managers and staff of the branches for the work done, urged everyone to continue the active implementation of the tasks facing the regional energy system.