Favorite thing is to give heat and light. RUE “Vitebskenergo” celebrates a professional holiday 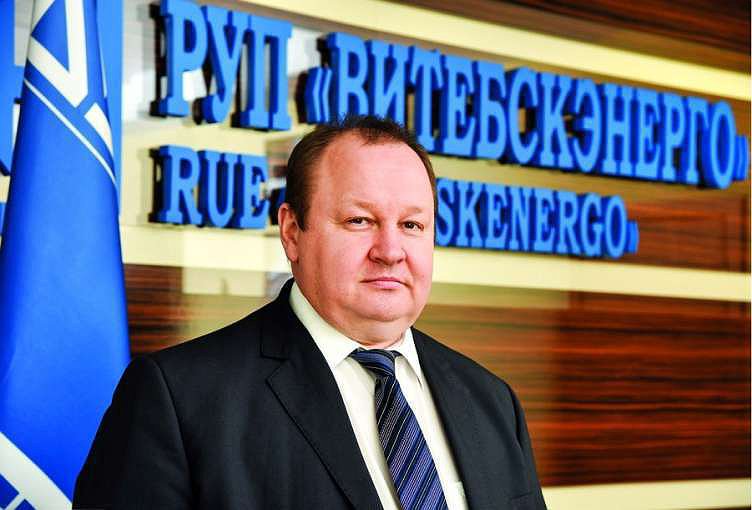 It could be said that for their professional holiday, the power engineers chose the shortest day and the longest night of the year when electric light is most needed. In fact, on December 22, 1920, the famous GOELRO plan was adopted. And it is this day since 1966 that entered the calendar as the Day of the Power Engineer. By the way, according to the GOELRO plan in 1930 in Orekhovsk, Orsha district, the Belarusian State District Power Plant, the first-born of domestic energy, was launched. With these explanations, which, I think, few of our readers knew about, a conversation began with the general director of RUE “Vitebskenergo” Mikhail Luzin.

- From the 22nd to the 31st a little more than a week. By the end of the year, it is customary to take stock. What was the year 2019 for the Vitebskenergo team, what important events were noted?

- In the past year, the energy system team has successfully completed all the tasks it faces. Most importantly, we provided all consumers with heat and electricity. A big step has been taken as part of the integration of the Belarusian NPP into the country's integrated energy system. For this purpose, a large-scale reconstruction of the electric network with a voltage of 330 kV was carried out. Most of the electricity that will be generated at the nuclear power plant will be distributed through the new 330 / 110kV Postavy-330 substation, commissioned two years ago. Therefore, now the necessary work is underway to optimize, debug modes, ensure maximum reliability of the equipment.

In connection with the emergence of the possibility of using significant amounts of electric energy for heating after the start-up of the nuclear power plant, the heat supply system of the Lukoml State District Power Station is being reconstructed with the installation of two electric boilers of 40 MW each at Lukoml and two electric boilers of 10 MW each at the Severnaya boiler house in Vitebsk. To ensure reliable power supply to consumers with a possible shutdown of the power unit at the Belarusian NPP, construction of peak-reserve sources with a capacity of 150 MW at the Lukoml State District Power Station and 100 MW at the Novopolotskaya TPP is underway. We conducted tenders and signed a contract for the supply of equipment with Siemens. This company is one of the largest suppliers of equipment for the needs of the energy sector and industrial enterprises of Belarus and has significant experience in interacting with our country in terms of service and participation in the modernization of the republic’s energy system.

In addition, a large amount of planned repair work was carried out both at the equipment of power plants and at the facilities of the electric grid complex. A major breakthrough in the past year was in the activities of our agricultural branches. On the basis of the Teplichny branch, the branch Dazhinki energy systems of the country were held. Colleagues from other regions visited the greenhouses, on the new robotic farm, watched the work of the freezing workshop and made sure that you can earn money not only on electricity. This is not our main activity, but it also brings income. Another event is the transfer of Polotsk hydroelectric power station to the full management of RUE “Vitebskenergo”. The station was commissioned on June 30, 2017 and became the first operating hydroelectric station from the cascade of hydroelectric power plants planned for construction on the Western Dvina River. This year, the term of its guaranteed service has expired, and
On July 2, in a solemn ceremony, a certificate of execution of the contract was signed, a symbolic key was handed over to the hydroelectric power station management.

- How has the structure of energy supply changed in connection with the commissioning of the Vitebsk and Polotsk hydroelectric power stations? Are there any plans to complete the cascade of hydropower plants in the Western Dvina?

- Currently, Vitebsk and Polotsk hydroelectric stations are operating in the region. The installed capacity of the Vitebsk hydroelectric power station is 40 MW, the average annual electricity generation is 138 million kilowatt hours. I will give an example: if there were no other source of generation, then such an amount of generated energy would be enough to supply all household consumers of the regional center or annual supply to consumers of the Vitebsk region. The annual fuel savings from the operation of the Vitebsk hydroelectric station are about 42.6 thousand tons of standard fuel, from Polotsk - about 35.1 thousand tons. In addition, losses in electric networks are reduced.

There are currently no financial opportunities to complete the construction of a cascade of hydroelectric power stations on the Zapadnaya Dvina River, but if an investor appears, we are ready to continue work in this direction.

- For several years now we have been talking about the use of wind energy, the creation of a wind farm. How are we moving in this direction?

- For wind energy a stable wind flow is needed. Unfortunately, it is problematic to find suitable places in the region. Nevertheless, in September this year, in the Liozno district, the private enterprise VetroWatt completed the construction and commissioned two wind turbines. This site has the highest elevation difference (265 - 274 m), which ensures the most efficient use of wind energy. The total capacity of 5.95 MW. This is enough to close the need