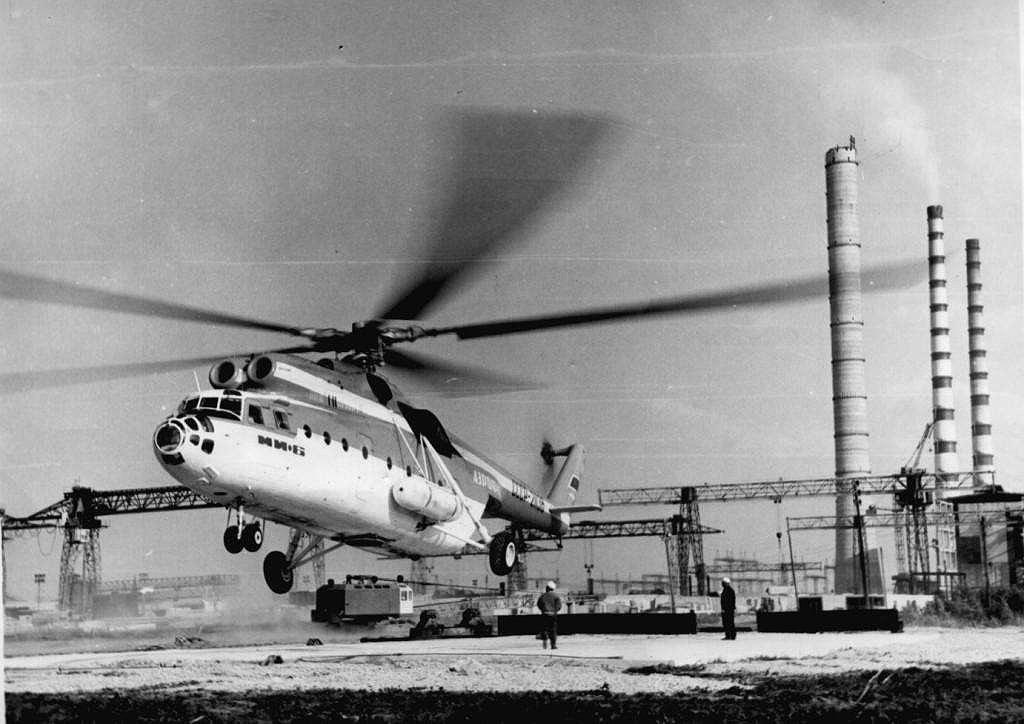 For half a century, Lukoml State District Power Plant proudly bears the title of flagship of Belarusian energy. The glorious anniversary is approaching - 50 years since the launch of the first power unit. December 22, 1969 was a historic event not only for Belarus, but also for the entire unified power system of the USSR.

A selection of archival materials from newspaper articles of the 60-70s is dedicated to the anniversary of the Lukoml State District Power Plant.

Lukoml State District Power Station is a giant of the Belarusian energy sector, one of the leading five-year construction projects. Its capacity will be one and a half times greater than all 30 power plants that were planned to be built by the Lenin GOELRO plan.

Eight power units of 300 thousand kilowatts each will be installed at the station, installed in the main building, the length of which will exceed half a kilometer, eight boiler units with a height of 15 floors.

The productivity of one boiler will be 950 tons of steam per hour. Lukoml State District Power Plant will be not only one of the most powerful, but also one of the most economical stations in the unified energy system of the Soviet Union.

... Behind five-plus years of hard work. Builders and installers of many specialized departments and trusts are preparing to commission the first power unit. How much work has been done, how much labor has been invested to make it work. Builders and installers installed 34 thousand cubic meters of precast concrete, 10 thousand tons of various metal structures, laid in the ground and hung 400 kilometers of electric cable. Only one soil was seized and moved 5 million tons. To deliver all the equipment of the block, 20 trains were required.

The first power unit on the eve of launch. After it goes into operation, builders and installers will begin preparatory work for the installation of two more power units next year.

Congratulations to Belarusian power engineers on the occasion!

May the power of our electric rivers grow!

PICTURE: view of the power station from the substation. 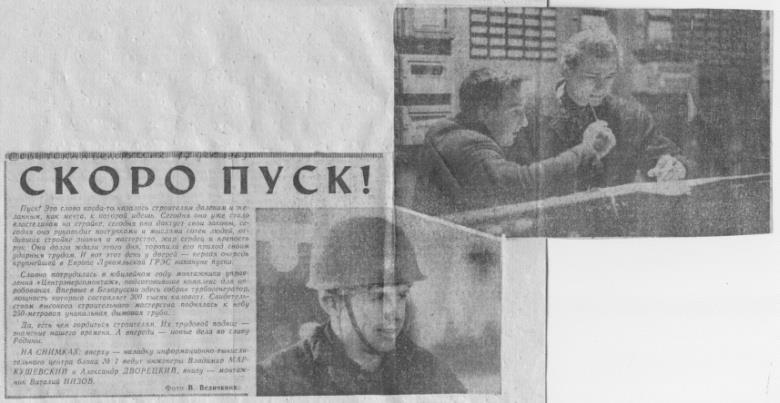 Start! This word once seemed distant and desirable to builders, like a dream to which you go. Today it has already become the ruler of the construction site, today it dictates its own laws, today it directs the actions and thoughts of hundreds of people who gave the building knowledge and skill, the heat of hearts and strength of hands. They waited a long time for this day, rushing his arrival with their shock work. And this day at the door is the first stage of Europe’s largest Lukoml state district power station on the eve of launch.

In the anniversary year, the installers of the Centrenergomontazh management, who prepared the complex for testing, did their best. For the first time in Belarus, a turbogenerator was assembled here, with a capacity of 300 thousand kilowatts. The 250-meter unique chimney has risen to the sky with the testimony of high building skills.

Yes, there is something to be proud of the builders. Their labor feat is a sign of our time. And ahead - new things for the glory of the motherland.

ON PICTURES: at the top - the adjustment of the data center of block No. 1 is carried out by engineers Vladimir MARKUSHEVSKY and Alexander DVORETSKY, below - the installer Vitaly NIZOV.