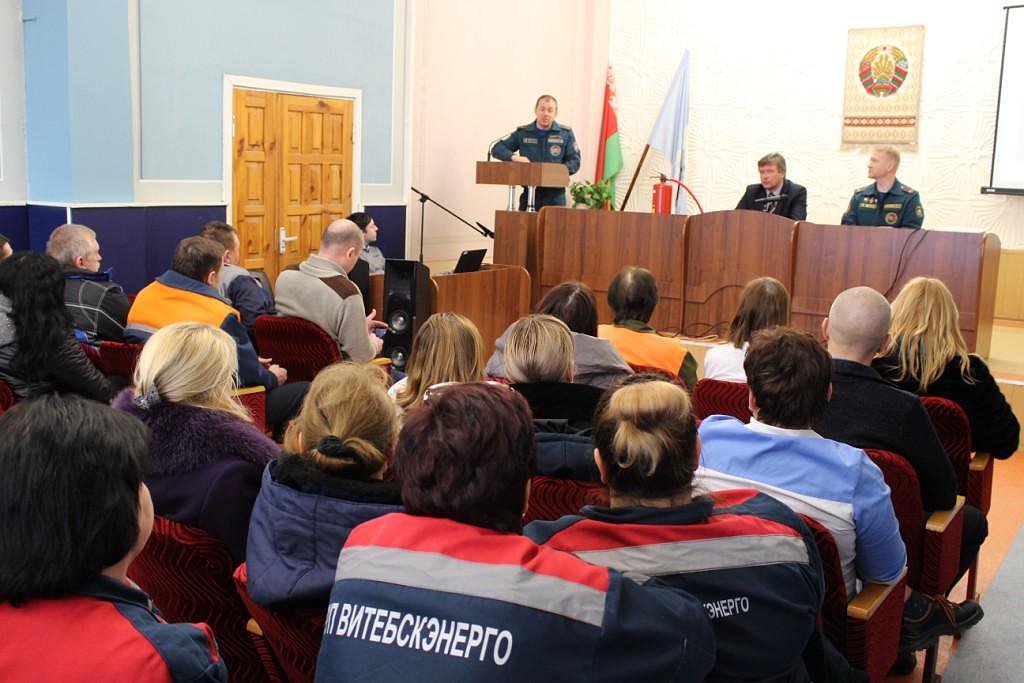 In the Vitebsk region, from February 20 to March 1, a single security day is held, in which the energy sector takes an active part. On February 26, a meeting of the labor collective with the head of the Vitebsk regional department of the Ministry of Emergencies, Sergei Meleshkin, and the head of the Polotsk State Emergency Service, Alexander Putyato, took place at the Polotsk CHP branch.

Representatives of the rescue service told employees of the CHP about the situation with emergency situations in the Vitebsk region, about cases of careless behavior of people who led to a tragic ending. During their presentation, the guests reminded those present about the basic requirements of safety rules at home and at the workplace, the procedure for action in case of emergency. Particular attention was focused on the use of heating equipment in households, on the rules for the safe use of electrical appliances and gas installations, on the use of such a device as an autonomous fire detector, thanks to which people can be saved. Important issues such as adult responsibility for raising a culture of safe behavior among the younger generation were also raised.

At the end of the meeting, representatives of the Ministry of Emergencies answered all questions of interest.