Energy Supervision summed up the results of the “Electrical Safety on Canvas” contest. 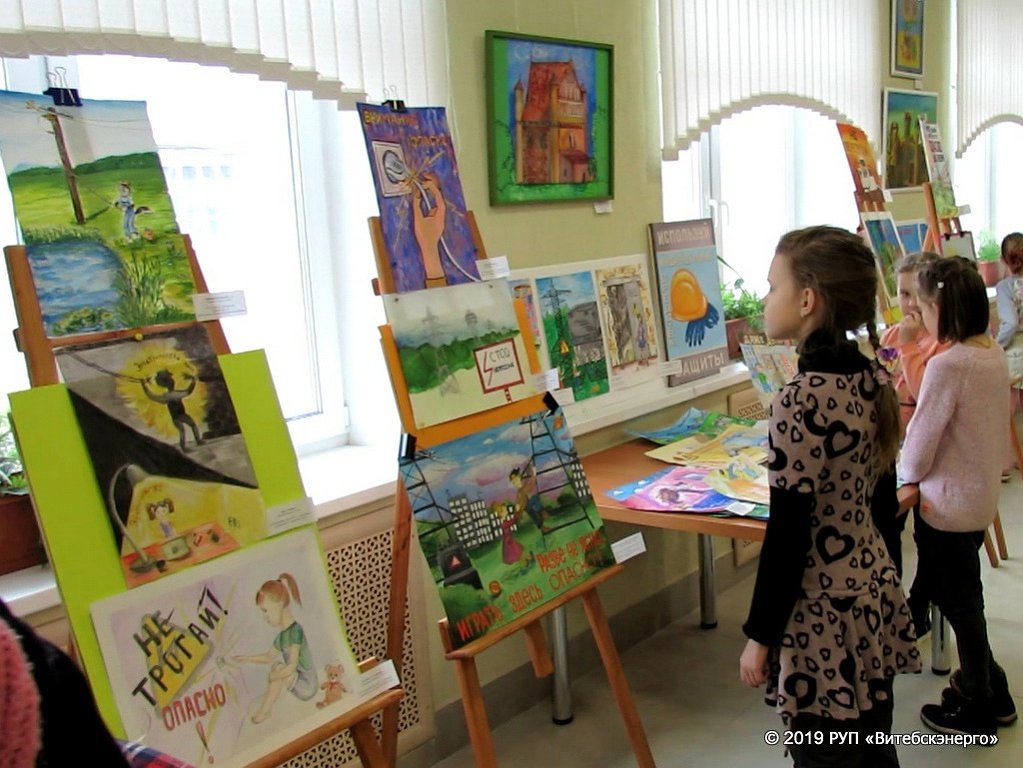 Energy Supervision summed up the results of the “Electrical Safety on Canvas” contest.

Branch "Energonadzor" RUE "Vitebskenergo" with the assistance of the main education department of the Vitebsk regional executive committee held a regional drawing contest "Electrical safety on canvas." Students in institutions of general secondary and additional education of children and youth took part in a creative competition dedicated to the unified security day in the republic.

This competition was held in order to prevent cases of electrical injuries, to increase the interest of the young generation in studying the basics of energy security, and to develop their creative abilities.

At the end of February, representatives of the Vitebsk Regional Palace of Children and Youth, together with Energy Supervisors, selected about 30 of the best drawings and posters to be shown at the exhibition in the final of the competition. In total, almost 200 creative works from young participants from all over the region were submitted to the jury. The content was compared with the stated topic, the originality of the idea, creative and non-standard approach to the problem, as well as the artistic level of implementation.

On March 16, in the GUDO "Vitebsk Regional Palace of Children and Youth" an exhibition of the presented artworks was held. Students of institutions of general secondary and additional education were invited to it, including winners in the previously announced nominations. During the event, the staff of the Energonadzor branch told the children how dangerous electrical equipment can be when it is used improperly both at home and on the street, about the rules for using electrical appliances and the rules of behavior near power facilities. Cognitive quiz and preventive products helped to consolidate knowledge.

At the award ceremony, the director of the Energonadzor branch of the Vitebskenergo RUE Vladimir Filippov and the representative of the main education department of the Vitebsk regional executive committee Olga Dorozhko thanked the participants for the work done, for the creative approach and creativity in the performance of their works.

Nominees of the regional drawing contest "Electrical safety on canvas."

In the nomination "The best poster (billboard)" prizes were awarded: 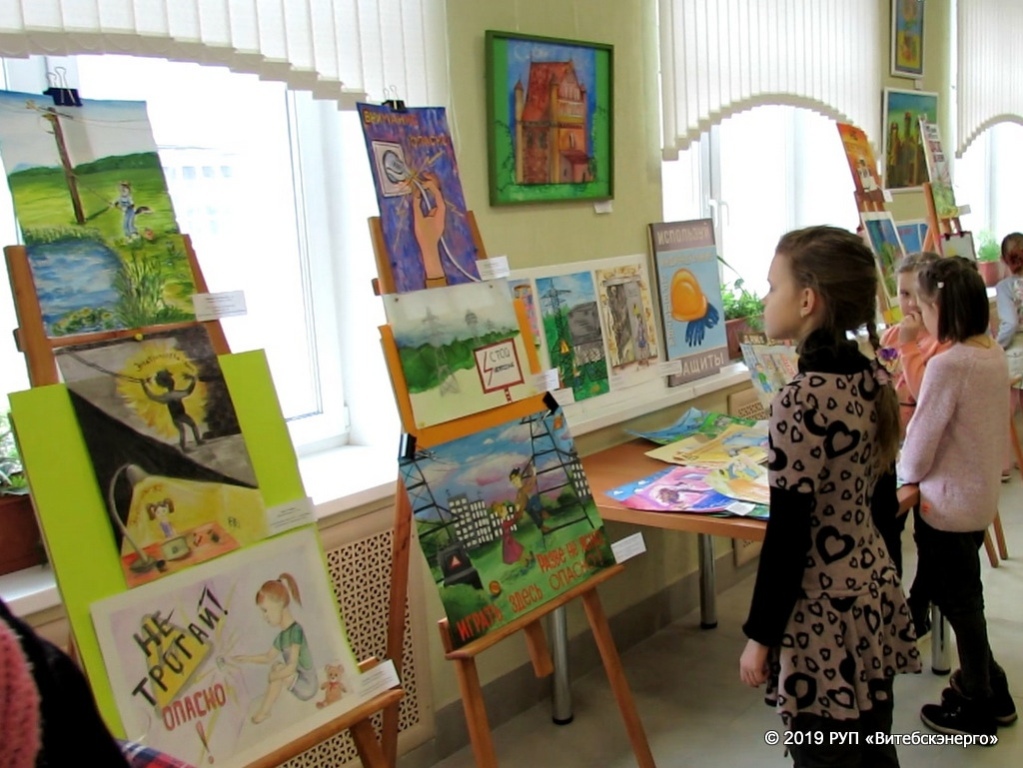 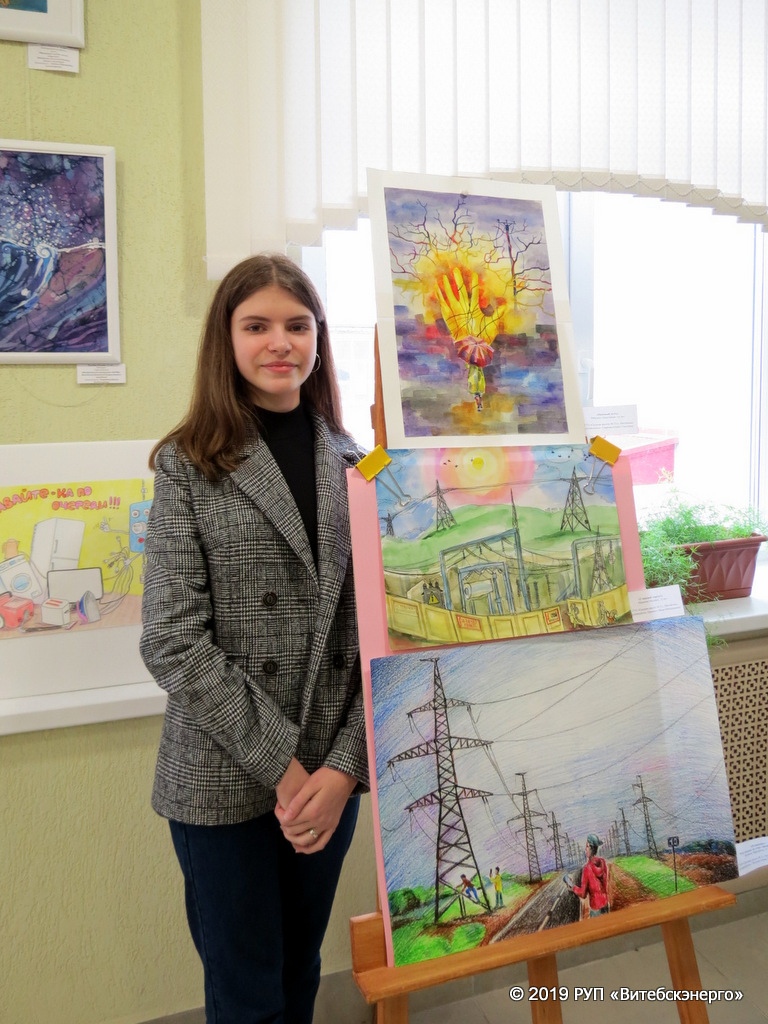 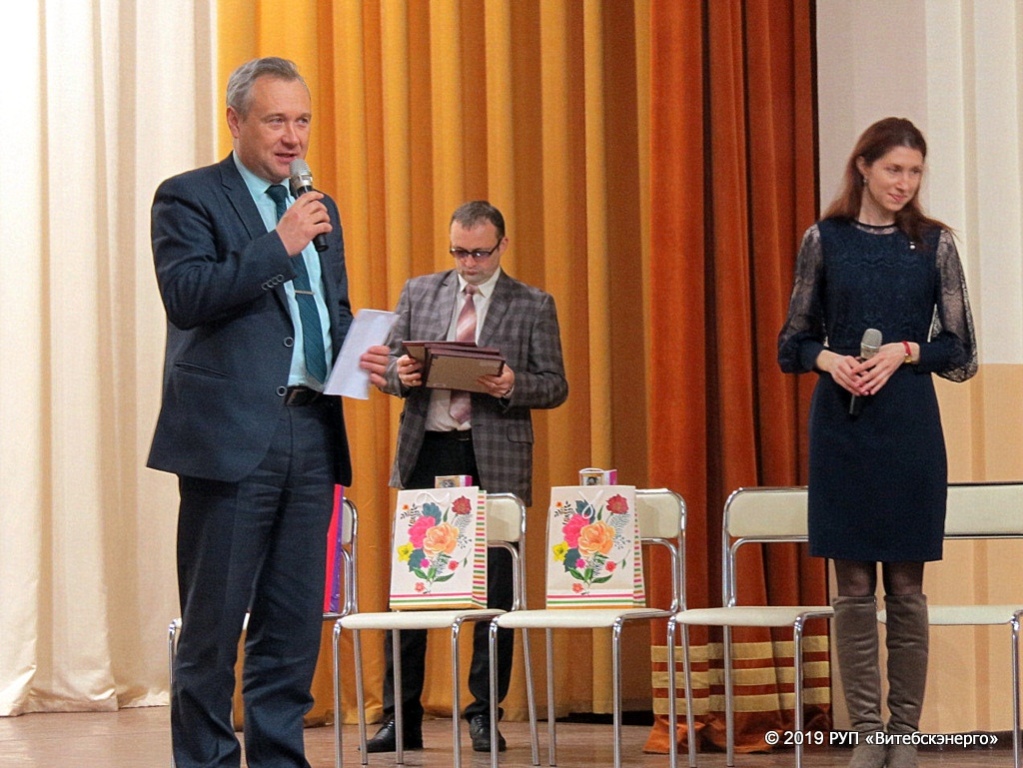 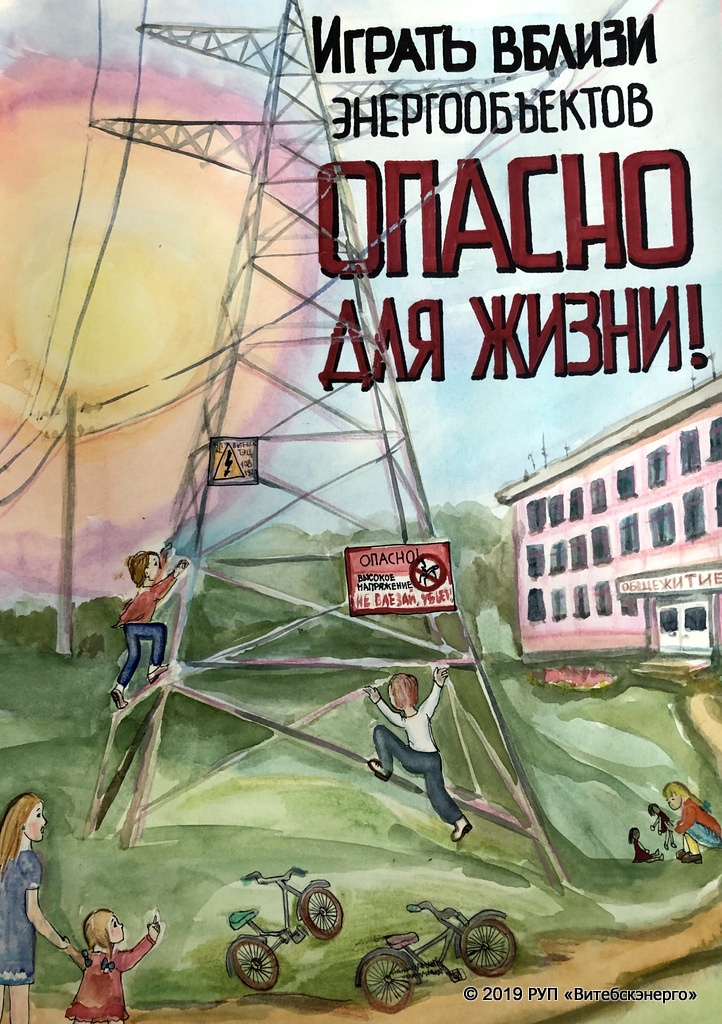 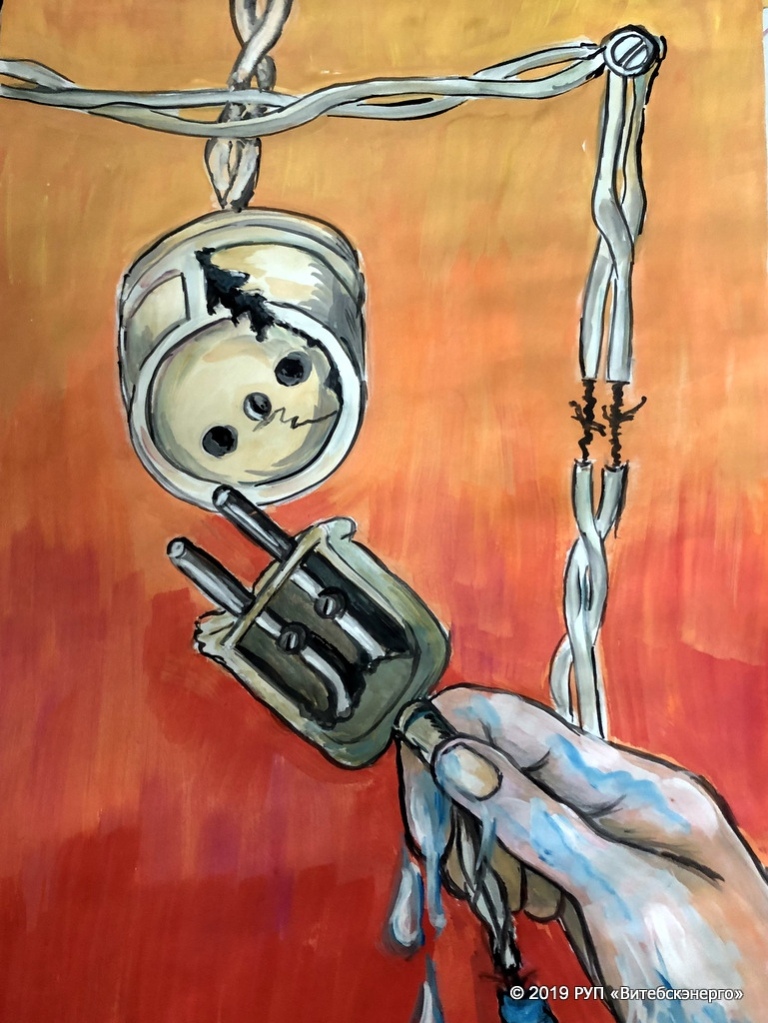 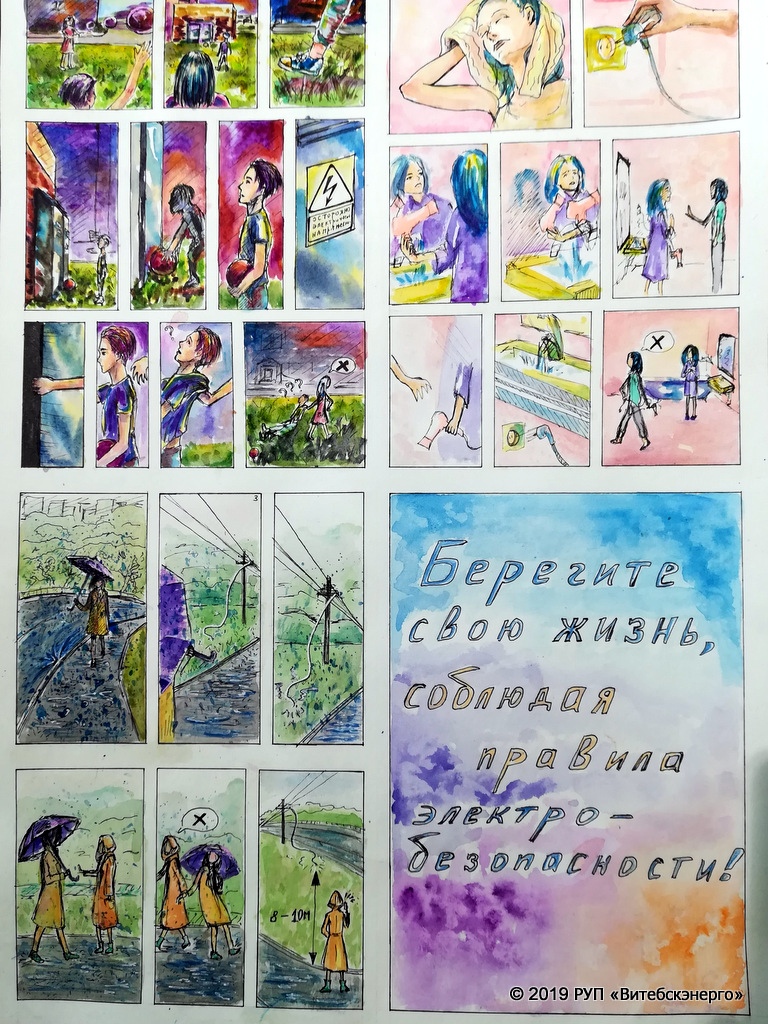 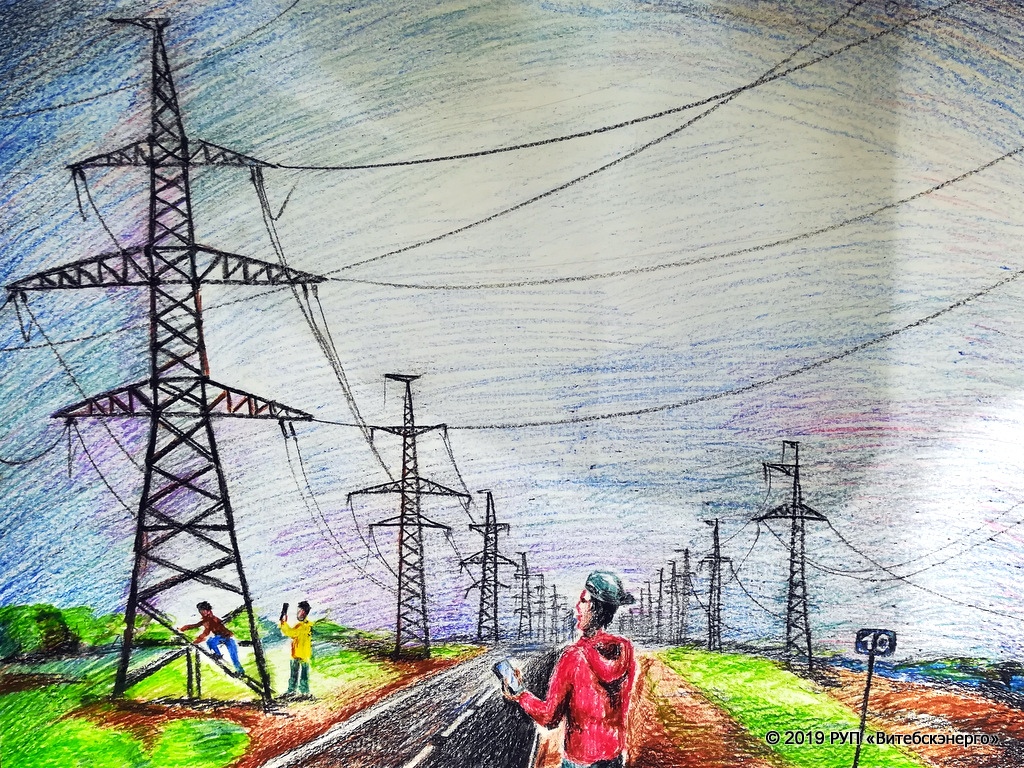 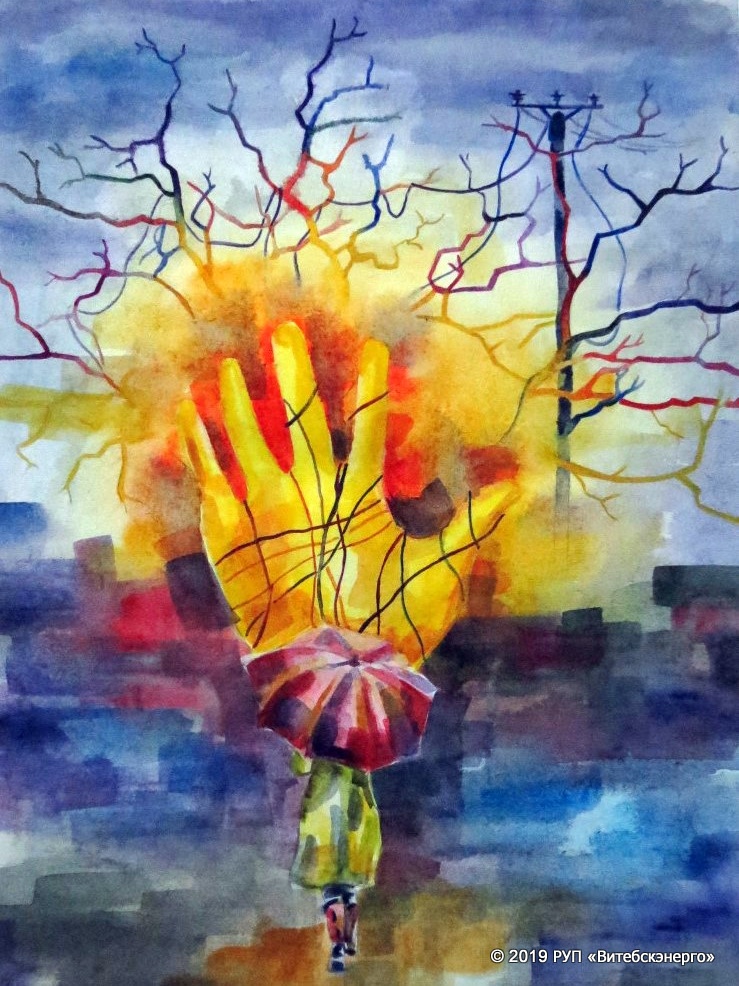