55 years ago, in February 1964, preparatory work began on the construction of the flagship of Belarusian energy - Lukoml State District Power Plant. 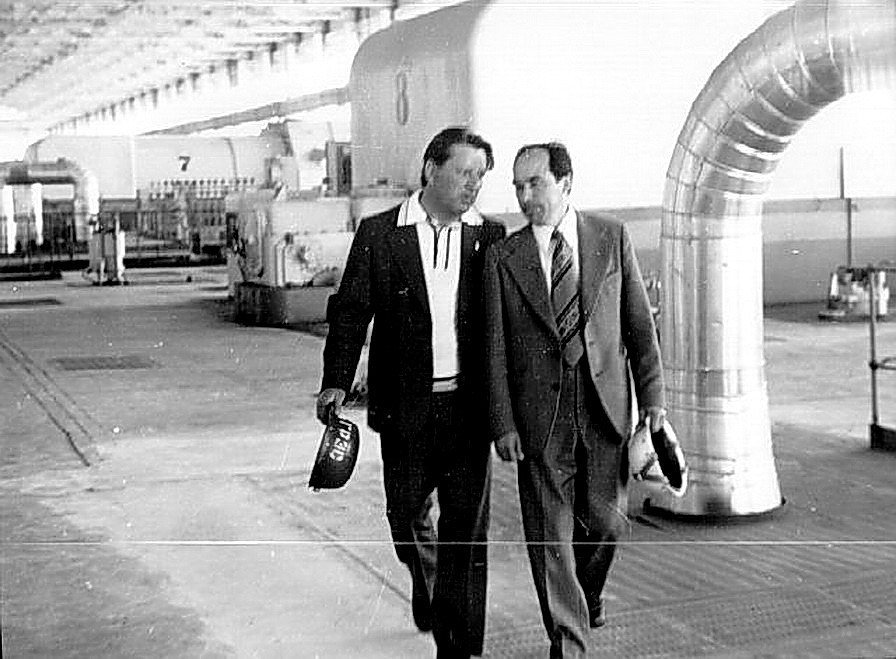 55 years ago, in February 1964, preparatory work began on the construction of the flagship of Belarusian energy - Lukoml State District Power Plant.

In 1961, a commission consisting of representatives of the Gosplan of the BSSR, the Energy Directorate of the USSR National Chemical Chemical Bin and the Lviv branch of the VGPI Teploelektroproekt examined potential sites for a power plant - initially the New Belarus State District Power Station. In total, 14 sites were surveyed in the eastern regions of the BSSR, including 7 on the shore of Lake Lukoml in the Chashniksky District. As a result of technical and economic comparisons and justifications, a site on the eastern shore of Lake Lukoml was recommended. It was approved by a resolution of the Central Committee of the Communist Party of Belarus and the Council of Ministers of the BSSR of February 24, 1962.

The construction of the station on Lukoml land was determined by a number of factors. Convenient location. Indeed, in a radius of 100-160 km there were such large industrial centers as Minsk, Vitebsk, Mogilev, Novopolotsk. And this meant that the state district power station was in the middle of the load, conditions were created for the maximum reduction of losses during the transportation of electricity. Nearby was a very good source of technical water supply.

The work began to boil. In Moscow and Riga, Lviv and Kiev, Minsk and Vitebsk, projects of the future station and city were developed and specified. Soon, the general designer - Riga branch of the Teploelektroproekt Institute - completed the development of the design assignment.

The construction of a state district power station and a residential village under it was carried out by the Lukoml SU of the Belenergostroy trust.

February 1964 Memorable date in the history of the station. In the last winter month, the rumble of motors woke the Lukoml land “sleeping under a snow blanket”. Preparatory work has begun on the construction of the energy giant.

On December 22, 1969, the first power unit of the Lukoml State District Power Plant with a capacity of 300 MW was put into operation and supplied current to the power system.